The African Development Bank (AfDB) is funding the construction of a new terminal at Ghana’s flagship airport (Kotoka International Airport) with a $120m facility. The plan is to improve air transport in the country and make it a destination of choice with a yearly target of 5 million passengers once it is completed in April 2018.

Ghana currently only has one international airport and four domestic airports. Between 2007 and 2014, the number of carriers operation at the Kotoka International Airport, Ghana’s flagship airport, increased from 15 to 42. This rapid growth currently means that the capacity in Ghana’s airports cannot cater for the expected demand growth of air traffic, hence the need for significant investment in the country’s airport facilities.

According to the AfDB, the country’s aviation sector has emerged as a crucial driving force behind global socio-economic development and even more crucial for emerging economies in Africa. Ghana’s aviation industry has witnessed a significant growth in the past decade due to the discovery of petroleum and gas reserves in the country, sustained domestic demand, and increase in the tourism sector.

During a tour of the project in Accra AfDB President, Akinwumi Adesina

“This terminal is being built for a successful economic future. Its large capacity is a confident statement of intent… President Akufo-Addo told me that Ghana is back on the African map as a political and economic force, and I think that an airport terminal facility next year that can handle 5 million passengers per year will be proof positive of that.” 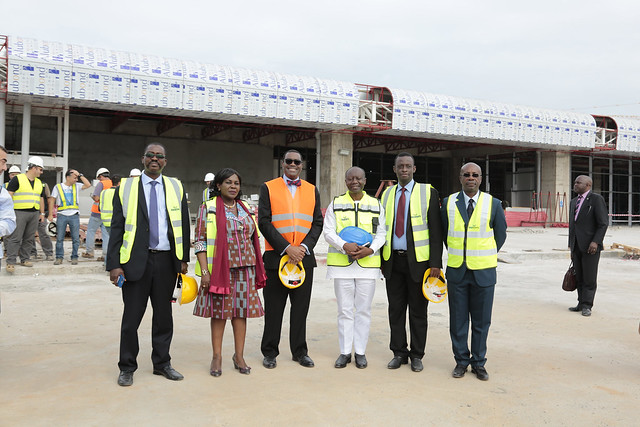